ChuniTana is a synth pop band formed in 2004. It consists of Tony Andersson (synthesizers, vocals) and Sofia Andersson (piano, vocals).

Late 2004
One fateful night, a lonely middle-school student was looking for someone to talk to. He wrote a message to a random email-adress and the owner happened to be a girl his age. They started talking and even developed deep feelings for each other. However, their relationship would never advance beyond the computer screen but the time they spent together would affect the boy forever.

They lived on separate sides of the world so they never met, and both were pretty shy so there were no phone calls, either. As time passed, the boy had to find a way to cope. He started writing poetry (which you can read here) and in 2005, he made this website to showcase what he had written. In time, the two of them became a couple; but communicating only via text leaves alot to the imagination... who are you really investing in if you never meet the person?

Early 2006
About a year after their first message, the girl sadly stopped writing him, so they ultimately lost contact. The boy was too much caught up living a fairytale as to realize why. Infatuation is not love, and proposedly, that was their fate. But he couldn't let her go. During the follwing years, he went through episodes of clinical depression, social anxiety and psychogenic pain. He blamed himself for "losing" her and since they never technically broke up, he still hoped she'd come back. He was later diagnosed with EDS, which furthermore caused chronic joint- and muscle pain. When everything else failed, all of this fueld his need to write.

2008-2010
The boy wanted to learn music so he had attended and now finished musical high school. Despite lacking any talent, his overwhelming amount of emotional inspiration helped him write music; he desperetly needed to express himself and there was no better way. Spending one year in front of his computer with cheap equipment, mostly frustrated and agitated, he produced an album called White November in China. It was far from his vision, but he felt immense closure.

Having put his heart and soul into creating music, the boy felt optimistic for the first time in years. There were ten songs on the album, dealing with the time he and Ms. other-side-of-the-world spent together. He had been waiting for this moment for five years... suffering countless sleepless nights in the process. The scene had played out in his mind many times: he'd reveal his music to her and she'd be anxious to listen! He totally believed she would be thrilled and that this would spark something.

But something was off from the start. She was different. Way serious, and very collected, even for her.

And then, silence. Nothing. They haven't spoken since.

2012
After this, his infatuation for the girl finally started to fade. He took a big step into the real world when he applied for a job at a local elderly home. Only two hours later, they called him and asked him to come over. Things seemed to brighten up.

The boy attended an introductory course, necessary for all employees at the elderly home. During lunch, he felt something pulling him out of his comfort zone and he wanted to do something bold. He decided to join the largest table in the room, with a bunch of strangers. This was huge for him. He had been a sort of shut-in for many years. The decision to sit down at that table would change his life forever.

There, across from him, was the most beautiful girl he had ever seen. She was bright as an angel and her laughter totally contagious. One of the boy's current interests were zodiac signs, so he started a conversation about it at the table. The people were rather skeptical to this special interest, but interested nonetheless. The boy felt inspired by the moment and challenged the group's skeptisicm by saying he could guess everyone's zodiac sign. They took him up on the challenge.

He first turned left and asked the girl sitting beside him, asking what her favorite color was and if she liked to travel, that sort of thing. She guessed her zodiac sign based on her answers and he got it right. Then, he continued around the table, asking questions. He got several right but some required more than one guess. The boy explained that the ones he couldn't guess correctly was due to him not having gotten to know them good enough yet.

Then, he looked straight ahead. There sat the girl he just before had been totally baffled by. She was so beautiful. He told her that he didn't need to ask her anything: "You're a Leo", he said. She smiled at him with excitement and confirmed that he was right. Honestly he couldn't believe he had guessed it right without even talking to her first, but he soon realized how amazing her precense was. Someone with that kind of charisma just had to be a leo, someone as fierce and intense like a lion. He grabbed her hand and smiled back at her.

Before long, the two of them started talking and the boy enjoyed how much he could just be himself around her. All his life he had been convinced he'd have to change something about him to fit in and find someone, which is what one side of our world tells us, but with her he could be completely honest.

But despite everything he went through, he would never change it for the world. All the roads led him up to where he is today with a peace like never before. It's truly amazing what God's got planned for you. 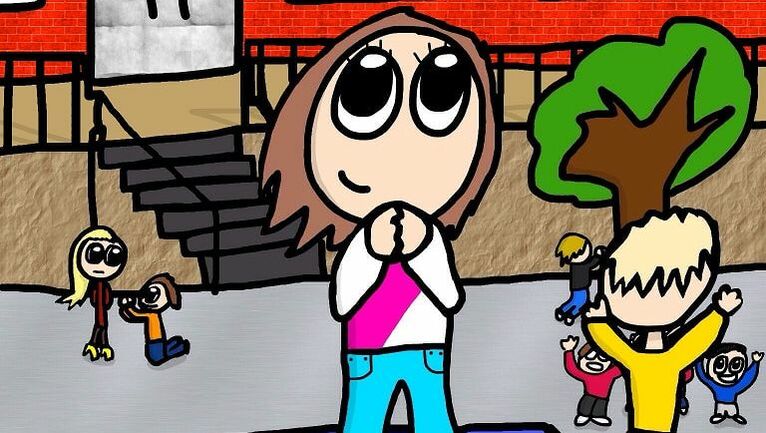